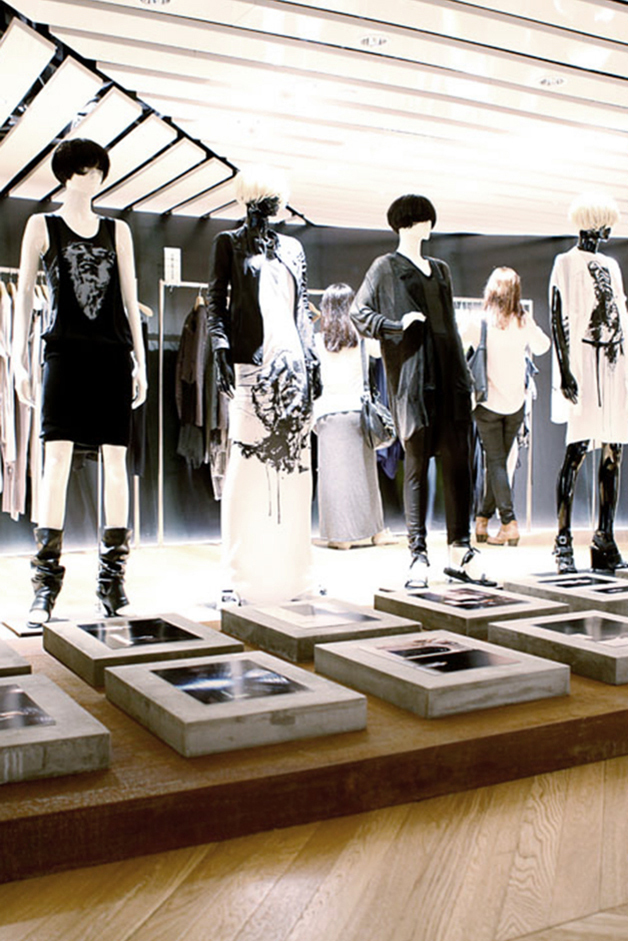 2012|04|12_On 12 April, the prestige luxury multi-brand I.T store in Hong Kong organised an exclusive event in tribute to the designer Ilaria Nistri.

A well-structured display presented the SS12 collection in the I.T Hysan One store, accompanied by video installations and photos. Alongside trademark garments, the fashion film Amygdule was shown, a video project that explains the thinking behind the Ilaria Nistri collection. The SS 12 campaign shots, taken by the Parisian photographer Monika Bielskyte, editor-in-chief of the Some/things Magazine, were framed in cement boxes, recalling the industrial architecture of the Stazione Leopolda in Florence, the location chosen for the video and photos.

Special guest in Hong Kong was the Italian designer herself, who met with the press at a dedicated conference.

A trunk show presented the FW 12|13 collection exclusively for I.T, materials and colours summarising the force and completeness of a woman immersed in a scenario on the edge of reality, just like Iceland, a country of volcanoes, glaciers and vapour.