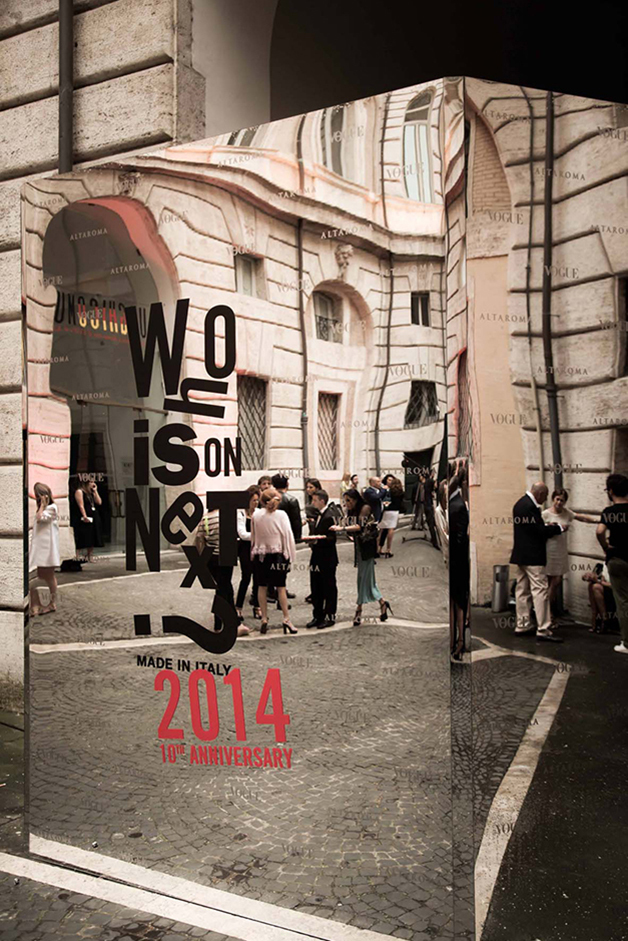 2014|07|15_Ilaria Nistri has been invited by Franca Sozzani (Vogue Italia) and Silvia Venturini Fendi (Altaroma) to be celebrated at the event organized for the 10th Anniversary of the contest ‘Who Is On Next?’, the scouting project conceived and developed by Altaroma in collaboration with Vogue Italia for the search and promotion of young designers on the national and international scene. The 10th anniversary event featured an overview detailing the creative vision of talents who, from the first year to-date, have graced the Altaroma catwalks.